Skip to main content
Search concerns, categories, products, features, how-tos and more.
Unfortunately, we could not find a match for your search.

What is yūgen, and how can it change your life?

Sarah Lillywhite | Japanese Beauty | May 11, 2020
Related Articles
Japanese Beauty
How to Find Your Ikigai – The Japanese Path to Fulfillment
Japanese Beauty
SHISEIDO Past and Present: How Makeup Trends Have Evolved
Inside Shiseido
The Peacemakers: How To Decompress and Protect Your Skin from Stress

Have you ever felt deeply moved by the sight of ripples on a calm, quiet lake? Or flocks of birds making patterns in the sky at sunset? Or the wind rustling through cherry blossoms in spring? Then you’ve probably experienced yūgen—even if you didn’t know it.

Yūgen is a word that has no translation in English, but it is a feeling we will all have felt. It has been loosely summed up as “an awareness of the universe that triggers emotional responses too deep and powerful for words”, but has also been called “mysterious grace”, “subtle profundity” and the “beauty of the unseen”.

“It doesn't describe beauty itself, but it describes the feeling that you have when you see something beautiful, or hear something profound,” explains Nick Ishimaru, Artistic Director of Theatre Of Yūgen. “It’s felt with the heart, not seen with the eyes.” It’s said to have come from Chinese philosophy, in which it meant “dim”, “deep” or “mysterious”, and is an important principle of the traditional Japanese Aesthetics movement in art and culture.

Motoyiko Zeami, a Japanese aesthetician from the 14th and 15th centuries, described these examples of yūgen: “To watch the sun sink behind a flower-clad hill. To wander on in a huge forest without thought of return. To stand upon the shore and gaze after a boat that disappears behind distant islands. To contemplate the flight of wild geese seen and lost among the clouds.”

These definitions are poetic, romantic, atmospheric, and make you feel just how small you are in the grand scheme of things. It’s a feeling of awe that can be overwhelming but it can also be cathartic. Yale’s Oriana Aragon, in a report in Psychological Science, says crying with happiness, or at something beautiful and profound, may be the body’s way of rebalancing and helping us come to terms with emotion. “People may be restoring emotional equilibrium with these expressions,” she says. “They seem to take place when people are overwhelmed with strong positive emotions, and people who do this seem to recover better from those strong emotions.”

Here is how you can incorporate yūgen into your daily life, finding inspiration, stimulation and equilibrium along the way. 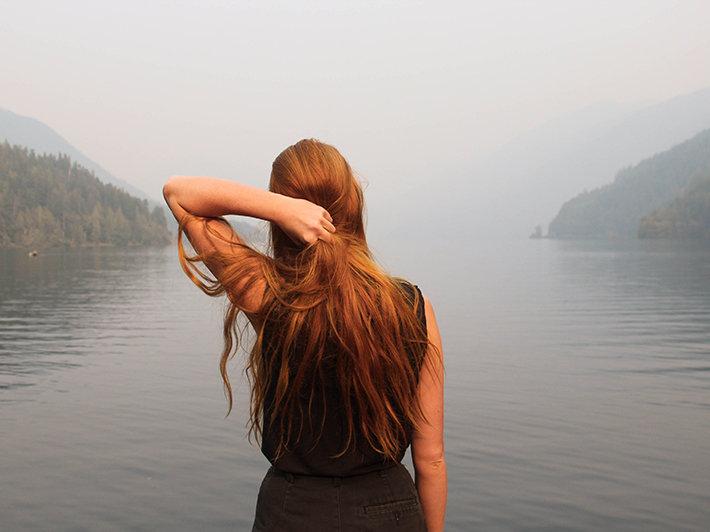 Zeami’s traditional examples of scenes which evoke yūgen are all outside for a reason. The natural world has a power to calm and inspire us. There’s a reason that looking at the moon, for example, is so powerful—it’s something that can be experienced by everyone the world over; it’s both ancient and still present. Swap your office lunch for a stroll in a local park and try to notice what’s around you and how it moves you. Now, as spring is turning to summer, is a particularly great time to notice and revel in our place in the world.

You won’t notice the subtle profundity of things if you’re glued to your phone. There is a meditative power in letting go and getting lost in scenery, and the health benefits of meditation are myriad: it helps you manage stress, anxiety and depression, helps you sleep, and even makes you happier. Allow yourself to appreciate a beautiful view, a soaring piece of music or a painting, and the feeling of yūgen it provokes, rather than scrolling Twitter for the latest news.

3.Embrace Your Artistic Side

Sesshū Tōyō, one of the most revered Japanese masters of painting, poetry and calligraphy, in his painting “The Splashed Ink Landscape”, created a work that is as much about the empty space, and the body movements used to create it, as it is about the detail on the page. Be aware of the feeling of your body as you draw, the shapes it makes and the gracefulness of its movements. That is yūgen.

*The people featured in this story are not associated with SHISEIDO and do not endorse it or the products shown.

Back to main page